Polycystic ovary syndrome (PCOS) – PCOS is a hormonal disorder which is common among reproductive-age women. Researchers say that in Indian, nearly 27% of women in their reproductive years suffer from PCOS. It affects about 10 million women all over the world. we at Angels Fertility provides Best PCOS Treatment in Hyderabad by experienced PCOS Specialist Doctors.

Often, it is confused with PCOD, where it is caused due to hormonal imbalances in which matured eggs group up together to form cysts. Whereas PCOS is an endocrine system disorder in which the eggs released do not mature and develop fluid-filled sacs on the ovaries. 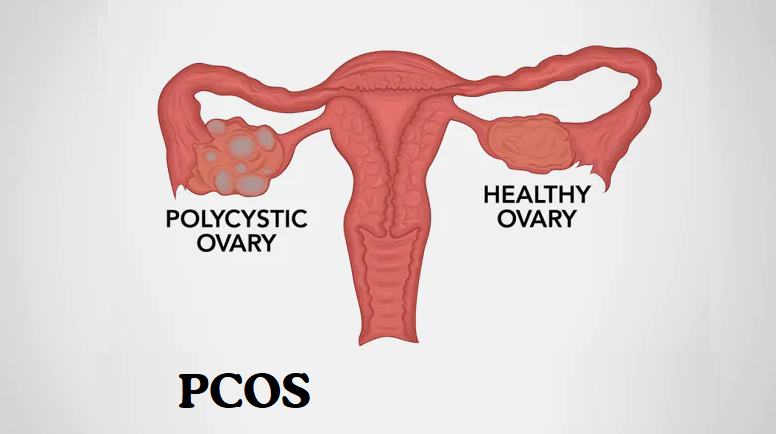 A lot of women have this PCOS problem, but most of them are not aware of it. Some recent studies from trusted sources say that nearly 60% – 70% of women with PCOS had been going undiagnosed. Around 70% of fertility issues due to improper ovulation are related to PCOS.

Often signs of PCOS develop at the time of the first menstrual period during puberty. Sometimes PCOS develops later in response to weight gain, and the symptoms may vary. If you experience at least two of the signs mentioned below, you might have PCOS problem:

More than half of the women who have PCOS developing type 2 diabetes before 40 years of age.

Women having PCOS problem might also experience certain health risks, which include:

Small fluid-filled sacs(cysts) develop inside the ovaries in PCOS condition. These sacs are follicles that contain an immature egg, and they never mature enough to trigger ovulation.

Most of them believe these hormonal changes are the major causes of PCOS. But the specific cause of PCOS is not known yet. However, there are some factors that may play a role in the cause of PCOS, which include:

PCOS may not be curable but specific treatment can manage the symptoms which affect an individual. Several treatment options are available, which include:

It is recommended to lose excess weight through a low-calorie diet combined with some moderate exercise can help to improve ovulation and insulin levels.

Our Fertility Specialists at Angel Fertility say that any medication you take should be under the guidance of a doctor. These medications can prevent you from becoming pregnant or may result in birth defects of your baby. Even if you left it untreated, it causes long-lasting adverse effects on women’s health and also delays pregnancy.