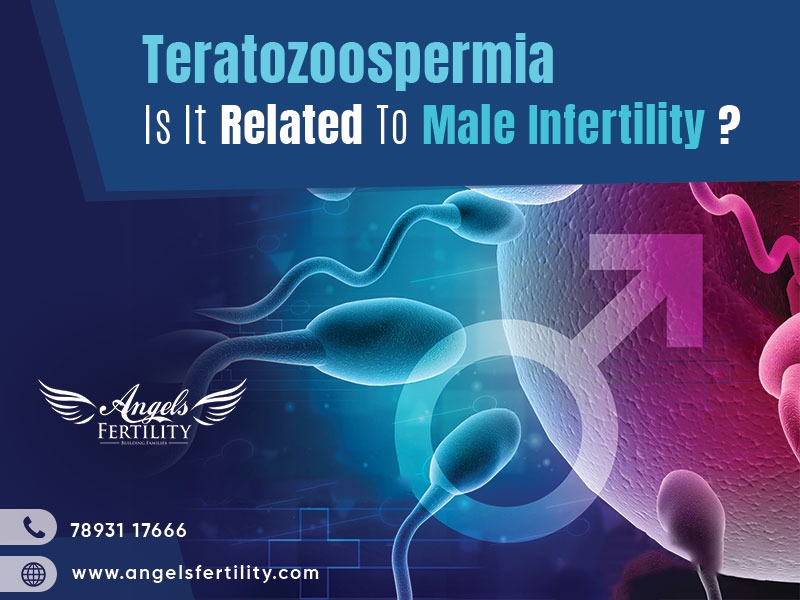 Teratozoospermia is defined as the abnormality of sperm morphology. It means, it is a condition of irregular shape and size of the sperm that affects the fertility of a man. According to the criteria released by the World Health Organisation (WHO) in 2010, if the normal spermatozoa percentage in the ejaculate is less 4%, then a man is said to be having teratozoospermia condition.

Abnormality of the sperm is classified based on whether they develop in the head or middle section or in the tail. In general, the head of sperm should be perfectly oval-shaped with a single, long tail and clearly distinguishable middle portion which looks slightly thicker than the tail.

Does The Shape Of Sperm Effect The Fertility?

Unfortunately, the answer is yes! Typically, the shape of the sperm is responsible for swimming across the female genital tract to reach the ovum and fertilize it. If the tail has defects in the sperm, it may hinder the motility of the sperm. If the defect is in the head portion, then it makes difficult to penetrate into the ovum during fertilization. For these mentioned reasons comes under teratozoospermia condition which has some effect on male fertility.

Teratozoospermia is mostly diagnosed during a fertility evaluation. Men with this condition have fewer chances of making their female partner conceive naturally.

It is also important to note that, sperm morphology is just one of the factor related to the quality of semen that affects male fertility. There are various qualities of semen associated with male fertility, which include:

Teratozoospermia is one of the causes of infertility as the abnormal sperm cannot penetrate through an egg. The reasons for teratozoospermia are not understood properly, but some of the factors affecting sperm quality can result in such conditions:

Can Teratozoospermia Lead To Birth Defects?

Even minor malformations in the sperm reduce the chances of successful fertilization of an ovum leading to pregnancy. Even it happens such pregnancies may end in the delivery of a healthy baby. So the birth defects with this condition are very rare and even if it does, the defects might be very mild.

If teratozoospermia caused due to viral infections such as high fevers or acute stressful conditions, it might be reversible. So to find that you produce healthy sperms after overcoming the stress period or fevers, you need to take semen tests after a few months later. It is so because it takes at least 3 to 4 months to develop new sperms.

Mild to moderate teratozoospermia caused due to other reason might be reversible with timely intervention and some lifestyle changes such as quitting smoking and drinking alcohol, a well-balanced diet can improve sperm quality. If the abnormal sperm is a result of varicocele condition, immediate surgical correction can reverse the production of abnormal sperms with altered morphology. In the case of genetically inherited teratozoospermia, there is no cure. Defects in sperm morphology due to Cancer chemotherapy and radiotherapy are also difficult to cure. So, better to freeze your sperm before treatment is a good choice if future fertility is desired.

When nothing works out, depending on the level of defect, several types of artificial treatment can be administered to achieve a pregnancy. The most common and successful treatment is ICSI (intracytoplasmic sperm injection). It is a process, in which the sperm with the best morphology is selected and injected into the eggs directly.

If you want to know more about the ICSI procedure or facing any infertility problems both male and female, consult our fertility experts at Angels Fertility Clinic.